Thank you BBQ Gods! This was my best BBQ pulled pork yet…it was moist, tender and melted in my mouth. I finally made pulled pork I’m proud of and it was a result of one thing I added to my recipe…the injection.

I’ve tried the mustard slather and I’ve tried the mopping, but the pork shoulder was still dry on the inside. There was no change in my pork with or without mustard. In addition, mopping the meat eliminated a perfectly good bark, it turns out mushy instead. I no longer do either of those things…it is a waste of time. My new approach is to inject flavor directly into the meat and let it marinate for a day or two.

Is my butt too big?

Essentially, I took the same approach I did with the Smoke Cuban Pork.

I start with a traditional flavor pairing for pork…apples. Actually, I’m using apple cider which is bountiful towards the end of summer and into the fall. To compliment not only the flavors, but the season too, I added a pumpkin spiced rub: 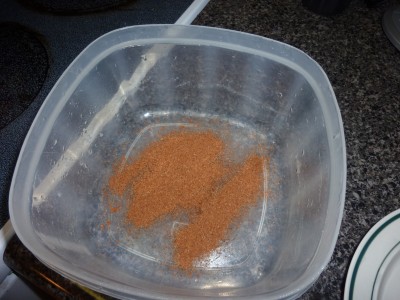 Use any kind of rub you want, I recommend a sugar based rub so it caramelizes on the meat and the surface will get a deep dark mahogany bark. I opted for:

I pulled the butt right at 197 degrees, a total cook time of 11 hours. I only peaked at it once and that was to pull the Cuban pork. This bad boy was done, I loosened the bone up and it came right out! 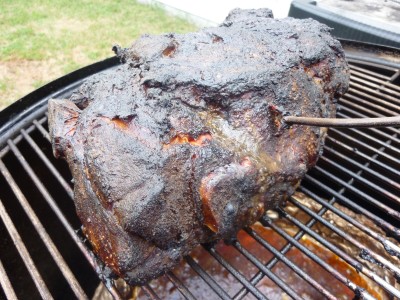 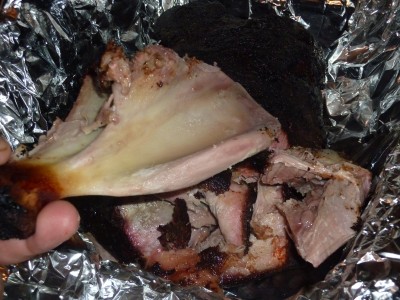 The meat was still hot, but I couldn’t wait any longer so I put the smoked pork in a 2 gallon zip lock back….just like did with the Cuban pork and smashed the heck out of it with my heavy cast iron skillet until succulent shreds of pork are achieved. 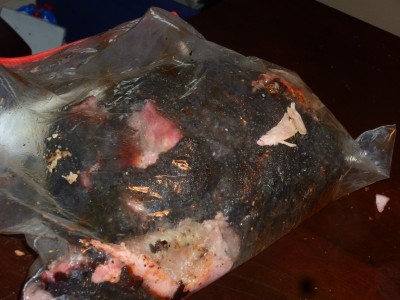 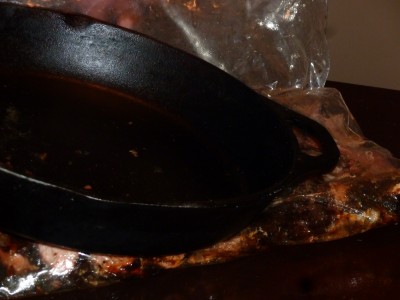 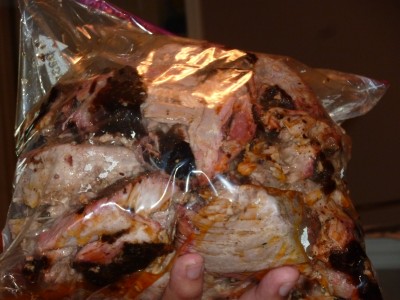 I was 2 for 2 on pork butts, this was just as tender, moist and delicious as the Cuban pork. Even after eating a legendary Cuban pork sandwich, I snacked on the pulled pork until I hit the food wall. 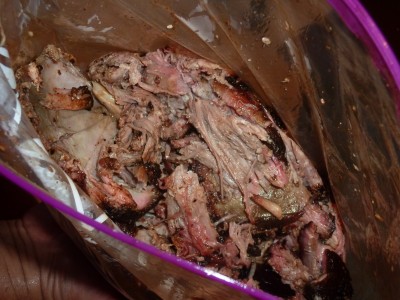 I wouldn’t change anything about this recipe, I just hope I can repeat the results…one of the toughest skills to achieve in BBQ is consistency.